HomeTim’s short stories and other writings

Tim’s short stories and other writings 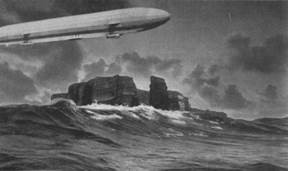 Tim’s latest short story titled ‘Die Weisse Frau’ (therefore clearly a World War One spy story) will be published in the 2017 MX Anthology of New Sherlock Holmes stories. The original ‘Weisse Frau’ was the legendary White Lady of the Hohenzollerns, a dynasty of former princes, electors, kings, and emperors of Hohenzollern, Brandenburg, Prussia, the German Empire, and Romania, a ghostly figure that walked about at night terrifying people. Her appearance was supposed to herald the downfall of the dynasty. It is said she has been seen on many occasions over hundreds of years, and linked to immediate deaths and disasters shortly after each dreadful sighting.
How do the Zeppelins know how to approach the Army Remount depot in deepest Wiltshire without being caught in anti-aircraft fire? How do they know when the horses have arrived from America to be prepared for the West Front? Is there a spy among the women who run the Remount depot? Holmes and Watson are called in. 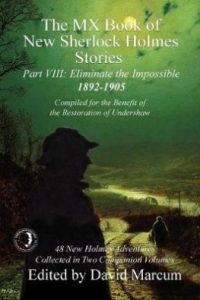 The MX Book of New Sherlock Holmes Stories – Part VIII – Eliminate the Impossible contains 48 new Holmes adventures including a brand-new short-story by Tim Symonds. It can be purchased from Wordery, where it has a review rating of 4.68 out of 5.